A History of Caring

Care Dimensions was founded in 1978 as Hospice of the North Shore and was one of the nation’s first hospice programs. We have evolved from a small, all-volunteer agency and today we are the largest hospice in Massachusetts with a staff of more than 750 and 400 volunteers. In 2020, we cared for 5,717 hospice patients and more than 2,300 palliative care patients.  We serve an average of 975 hospice patients, 650 palliative care patients, and 400 HomeMD patients each day.

The growth trajectory of Care Dimensions can be highlighted by the following milestone dates: 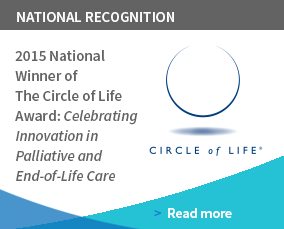 Since 1978, Care Dimensions has provided comprehensive and compassionate care for individuals and families dealing with life-threatening illnesses. As the non-profit leader in advanced illness care, we offer services in more than 100 communities in Eastern Massachusetts.