Posted on December 3, 2020 by Robin Ellington 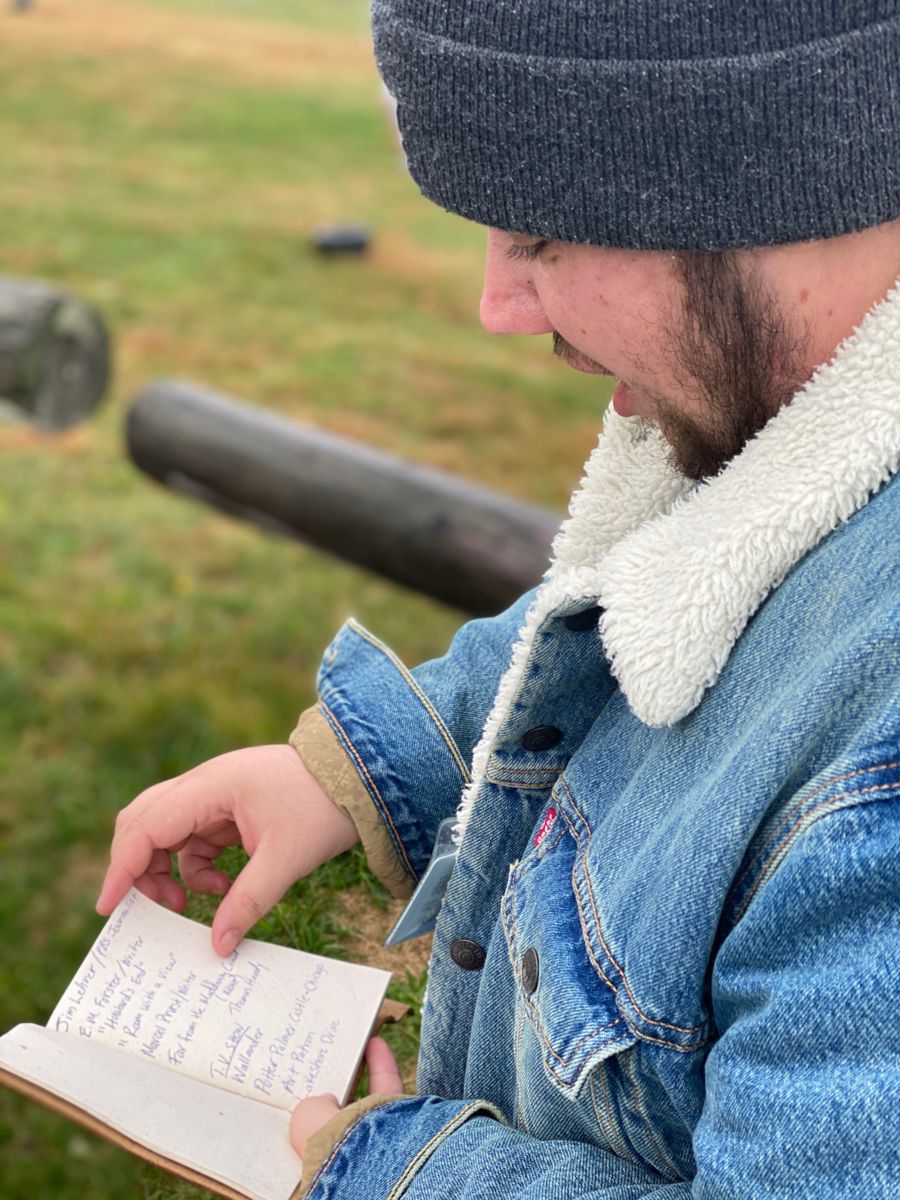 Casey keeps a bound book of Jack’s suggested authors, artists to follow and places to go.

“I saw Jack sitting in one of his wing chairs next to the fireplace with a big smile on his face,” Casey says. “A natural guy, he was in really good spirits and he seemed glad to see me.”

The Lynn resident has been a certified nursing assistant since 2010 and joined Care Dimensions in 2017 as a hospice aide caring for patients in skilled nursing facilities, group homes, assisted living communities and private homes.

“I love working at Care Dimensions; I love connecting with people,” Casey says. “I’m caring for people at a very important and sometimes scary time in their lives. I try to make them as comfortable as I can and give them more happiness.”

A friend and positive influence

As time went on, a true friendship quickly developed between Casey and Jack. “He was one of the most, if not the most, influential person I’ve ever met,” Casey says. “Jack wrote poetry and got me interested in poetry. Some mornings, he’d ask, ‘Do you have time for a poem?’ and it was the funniest thing to see this 93-year-old whip out his iPhone, pull up some poems and read them to me. I never liked poetry until I met him.”

Casey keeps a bound book of Jack’s suggested authors, artists to follow and places to go. He went to many of the places proposed by Jack, and he took his sister with him.

Barbara was thrilled about the positive effect this unique friendship had on Jack.

“Casey would come back and let Jack know about the time he and his sister had on their adventure,” Barbara said. “He brought the world back to Jack. Casey was a gift every time he walked through the door.”

Going back to school

Ever the educator, Jack started to talk to Casey about his future and about going back to school. “Jack thought I would enjoy college, meeting new people and learning new things,” Casey says. “He was the first person who thought I could do it. Without his encouragement, I don’t think I would have had the confidence to try it.”

Casey started at North Shore Community College in September and plans to pursue his nursing degree at Endicott College. In a way, Jack, a former professor at Endicott, is going with him.

The day before Jack died, he opened his eyes wide when he heard Casey’s voice and said to him, “It’s so good to see you, Casey. How is school going?”

“It means so much to me that Jack was thinking about me and my future right until the end,” Casey says.

Care Dimensions is on the journey with Casey, too. He’s eligible for tuition reimbursement and scholarships and, once he graduates, he can utilize a student loan refinancing and paydown benefit that provides up to $2,000 a year to help employees pay off their student debt faster.

To learn more about Care Dimensions employee benefits and how to join our team, please visit www.CareDimensions.org/Careers.

Robin Ellington is a Marketing Specialist for Care Dimensions.