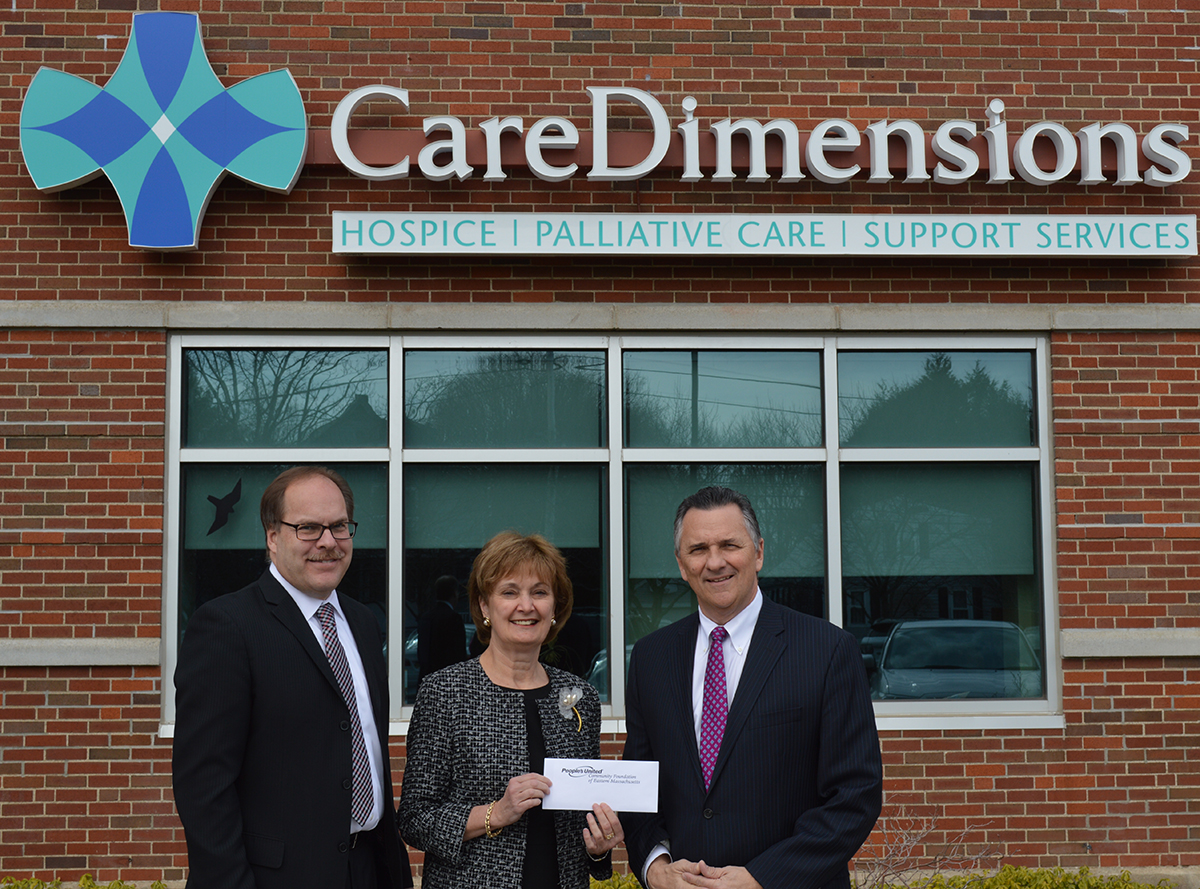 DANVERS, Mass. – Care Dimensions, formerly Hospice of the North Shore & Greater Boston, has received a pledge of $150,000 from The People’s United Community Foundation of Eastern Massachusetts towards a capital campaign to build its second inpatient hospice facility which will be located in Middlesex County. “We are grateful to People’s United Bank and the Foundation for their generous support. The Bank has been a leader in recognizing the need to increase access to specialized care facilities that serve terminally ill patients and their families at a vulnerable time in their lives,” said Diane Stringer, President and CEO of Care Dimensions.

Care Dimensions is in the first year of a capital campaign for the construction of the new inpatient hospice facility and to date has raised over $2.5 million toward its goal. Planning to break ground in the summer of 2015, the facility will include 18 private patient suites in a state-of-the-art hospice facility on the Lincoln/Waltham line. Construction is expected to take about 15 months to complete.

Care Dimensions, one of the nation’s first hospice programs and the region’s largest, provides services in more than 90 communities in Eastern Massachusetts. As a non-profit, community- based leader in advanced illness care, our services include: hospice, palliative care, specialized care programs, Kaplan Family Hospice House, grief support, education and training. 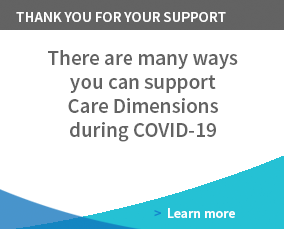 The Care Dimensions Hospice House, located in Lincoln on the Waltham town line, is a gracious and private home-like setting for patients who need hospital-level care for complex pain and symptom management. To learn more, call our Referral Center at 888-287-1255.