Exploring Cultural and Family Dynamics at End of Life 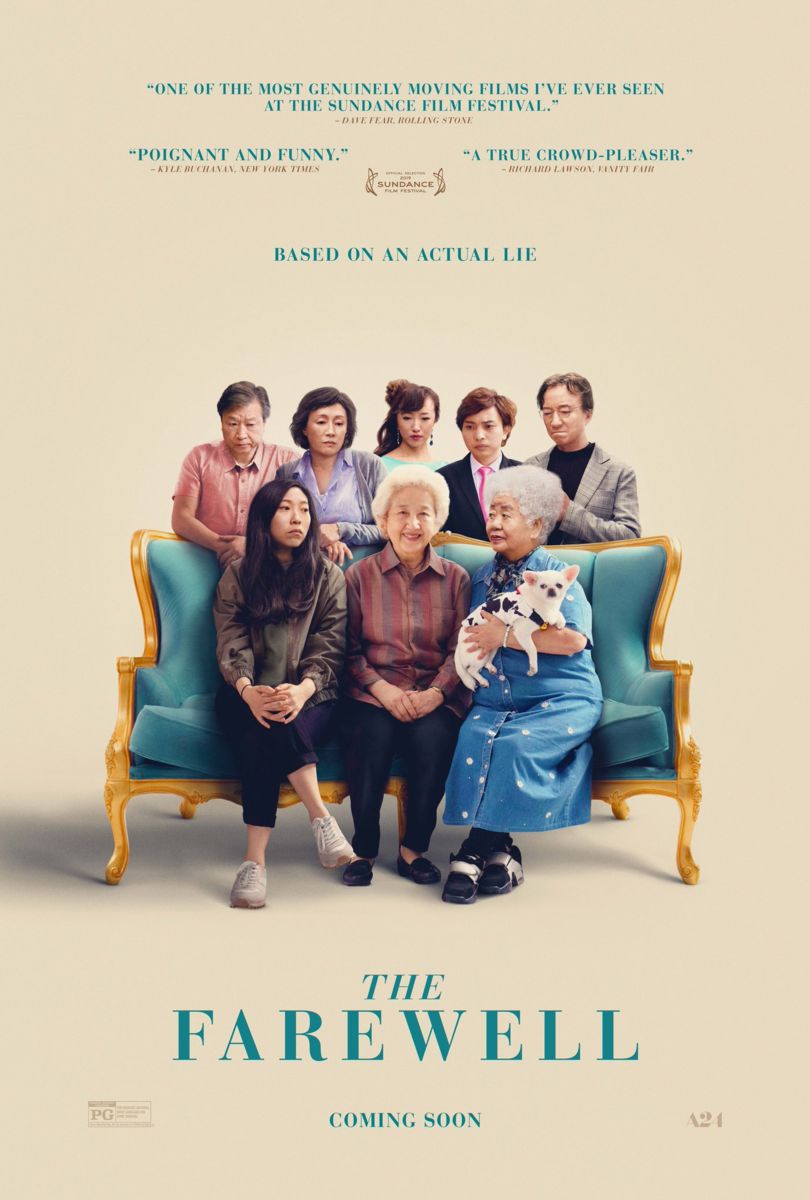 Recently, the Care Dimensions Learning Institute hosted more than 100 healthcare professionals and community members for an educational viewing of the film The Farewell and discussion of the impact of cultural views and traditions on the end of life.

The Farewell is based on a true story from writer/director Lulu Wang’s life. The main character, Billi, is a Chinese-born immigrant who came to the U.S. with her parents when she was only six years old. Billi learns that her grandmother has stage 4 lung cancer and is expected to live only three months. Her family makes the decision to not inform Nai Nai (the grandmother) of her diagnosis, and instead, they stage a fake wedding in China as an excuse to spend time with their matriarch and reunite the entire family.

The discussion after the movie, facilitated by Care Dimensions Director of Professional and Community Education Mary Crowe, explored how Western and Eastern cultures (specifically American and Chinese) view death, dying and grief both individually and collectively. The audience shared personal stories as well as many poignant comments about their reaction to the film. Mary pointed out that in America we focus on autonomy and the patient’s wishes and rights, but in China the whole family unit is involved in health decisions and disclosure of diagnosis and prognosis of a family member. A quote from the movie encapsulates this ideology: “When a person gets cancer they die. It isn’t the cancer that kills them, it is the fear.” However, by not telling Nai Nai about her diagnosis in their attempt to improve her quality of life, the family created an emotional burden to be carried by the rest of the family.

The decision to withhold the information from Nai Nai weighed heavily on Billi, who held a more American ideology that individuals should be told of their health issues. But as she was reintroduced to the Chinese culture and how their ways of grieving are entrenched with tradition and societal views, Billi began to understand that it was not up her to make the choice to inform Nai Nai. In an interview with NPR, Lulu Wang eplained, “…she {Billi} goes on this journey that is actually not absurd. It’s actually very grounded in these Eastern philosophies and rooted in this idea that mind and body are connected. She also comes to have a little bit more understanding of the collective unit and value it.”

Mary explained to the audience that hospice not only assess a patient’s physical, emotional and spiritual needs, but also their cultural needs. The support extends not just to the patient, but also to their family. Mary discussed the 1990 Patient Self Determination Act that states that it is illegal to withhold information from a patient in America. With this, the patient has autonomy/ right to self-determination in regard to their health information; they can even request to not be informed of the diagnosis and give the doctor consent to discuss the information with a person of their choice. Mary urged the audience, full of hospice and healthcare professionals, to ask their patients what they hold culturally important. Having this information enhances the quality of care and quality of life of the patient and their family. Tradition and culture can influence the type of care the patient wants to receive.

This movie helped open the eyes of many audience members about how generational and cultural pulls can influence the way a family interacts with each other when it comes to end-of-life care and grieving. In the film, Billi was criticized for being outwardly emotional when she heard the news of her grandmother’s diagnosis. However, throughout the film, other family members were often shown both holding back emotions or even bursting out in tears (in the case of Billi’s uncle when giving a speech honoring his mother at the “wedding”). During the discussion, the audience noted how the family dealt with their grief individually and collectively. In addition, the audience recognized the ways in which Billi allowed her parents to release their emotions without drawing attention to them. Many audience members felt that it was a “missed opportunity” for Billi when she didn’t comfort her mother when she was crying next to her when they were leaving China. Mary suggested that Billi may not have extended her hand out of respect of her mother who had said earlier in the film that she didn’t like showing her emotions outwardly. Billi allowed her mother to feel the way she needed to feel at the time without causing her to feel uncomfortable or self-conscious. Mary reminded the audience that it is important to understand that all people grieve in their own unique way and that should be honored and respected.

The Care Dimensions Learning Institute offers 6 different Cinema & CEU events using popular films to explore aspects of end of life and grief. To learn more about events like this -- or 50 other presentation topics -- please visit our webpage , sign up for our email list, contact us at 781-373-6616 or email EducationRequests@CareDimensions.org

Veronica Giarla is a marketing assistant working with the Care Dimensions Learning Institute.