Harry met Kathryn in the unlikeliest of places, but it was a turning point for them and they would spend their next six years together.

“We met in a homeless shelter,” Kathryn said. “We both had faced struggles and were at a low point. I wasn’t looking for a boyfriend, but he was so engaging and hilarious. I knew this was the guy I’d spend the rest of my life with. I lived in a tent with Harry for nine months. He taught me how to survive; how to build a fire. I was not a camping girl, but he did change me on that. He was the only person I could ever live in a tent with.”

Winter and Harry being hospitalized for severe pneumonia ended their tent adventure and they returned to the shelter. “After about six months I was offered a spot in a house in Braintree through the shelter. It was an extremely tough decision to take it and leave Harry homeless. We knew that the chance of getting into a couple’s accommodation was slim, so of course he encouraged me to take it.”

Harry plodded along homeless without much help until he heard about a men’s shelter in Waltham. After he made the leap, his dad helped him find an apartment in Waltham in 2019. He also found a job in a restaurant on Moody Street in Waltham. He was getting back on his feet and coming back to the things that he loved.

A graduate of the New England School of Photography, Harry’s first professional job had been as a photographer for a South Shore newspaper. He was artistic and had owned a tattoo shop in Quincy until he hit his bump in the road. He loved cars and motorcycles and knew how to build an engine. “He always had a bike; he was very much a man’s man,” Kathryn said.

In early March 2020, Harry complained about a pain under his ribs and he thought he had a kidney stone, like he’d had in the past. He went to see his doctor at Boston Medical Center, who ordered a CAT scan and an MRI. He hadn’t even made it home when he got the phone call: “We have the worst news ever and we’re sorry it’s on the phone. You have cancer. Can you come back on Monday?”

“That was a Friday afternoon,” Kathryn said. “I burst into tears—he had been in such a good place in his life. I told Harry I’d imagined we would grow old together. That made him cry so I didn’t say anything about it again.”

Making Their Hospice Decision
After six rounds of chemotherapy, Harry decided to stop because he wanted a better quality of life. 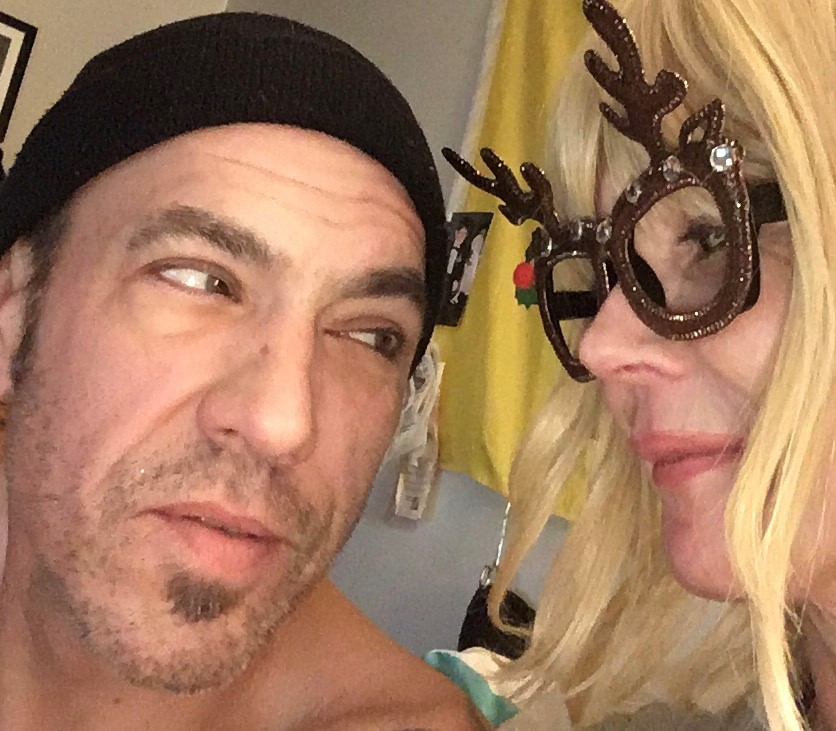 “We made our last trip together in August 2020,” Kathryn said. “He was well enough to spend a week in Provincetown, which was one of his favorite places. We had a fantastic time.”

As his condition declined, Kathryn worried she couldn’t provide the elevated care he required. “I was an ICU nurse, so I had moved into his Waltham apartment to take care of him when he got sick. But now he was becoming confused with periods of agitation. We needed expert help and equipment, so home hospice and Care Dimensions were recommended to us by his doctor at Newton-Wellesley Hospital.”

“The hospice team focused on helping to figure out the best ways to support Harry and Kathryn, from pain management and which medical equipment was needed to guiding them through challenging conversations about end-of-life wishes and funeral options,” Imburgia said.

At times, when Harry was confused and combative, Kathryn was concerned for his safety at home and needed expert help. “When he felt a great deal of agitation, Harry would refuse help from me, but not Sue. He softened when Sue came into the room,” Kathryn said. “Sue has a lovely temperament and was always cheerful, kind and gentle. We thought we’d hit the hospice lottery.”

Timing important discussions
“Our team works amazingly well together,” Schanker said. “After hard discussions about Harry’s increasing medical needs, we were able to begin conversations about the emotional ramifications of end of life and offer guidance along the way.”

Harry’s condition soon required more care than Kathryn could provide at home. But, because of the safety precautions and visitor restrictions necessary during COVID-19, Harry wasn’t interested in thinking about a skilled nursing facility. He wanted to be home and he didn’t want to be alone. After he experienced a change in mental status and other acute symptoms, he was transferred to the Care Dimensions Hospice House for five days in November to help stabilize his condition. 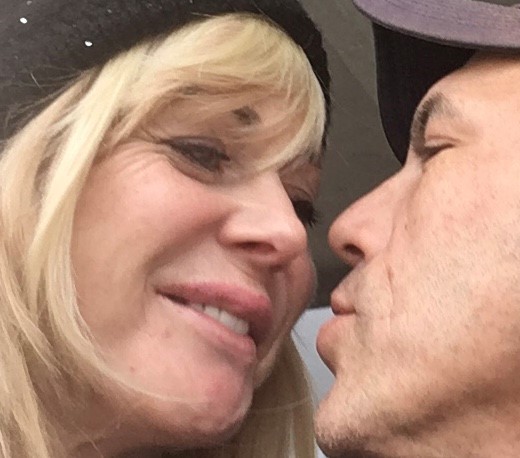 “Harry had a great experience at the hospice house. They controlled his pain and he really hit it off with Terrence McGillicuddy, the cool chaplain who rides a motorbike,” Kathryn said. “And Harry loved his visits from therapy dogs, especially Winston, the retriever.”

Once his symptoms improved, Harry was able to return home. But, he returned to the hospice house in early December after a second pain crisis that required around-the-clock-care. He died peacefully with Kathryn and his father beside him on December 28.

Since losing Harry, Kathryn has continued to receive support from the Care Dimensions team. “My one-on-one bereavement sessions with grief counselor Laurel Mauroy have been life saving and Cheshire worked with me to talk to Harry about his end of life wishes and plans for a memorial service, which included his friend’s band playing music. We had to delay that plan because of COVID. Now we’re planning something for his birthday; he would have been 53 in June.

“I had always imagined the hospice experience would be depressing, but Harry’s hospice team and the environment at the Care Dimensions Hospice House were so comforting. Everyone is just very responsive and because of the wonderful care from the hospice team Harry died with dignity with his loved ones by his side.”