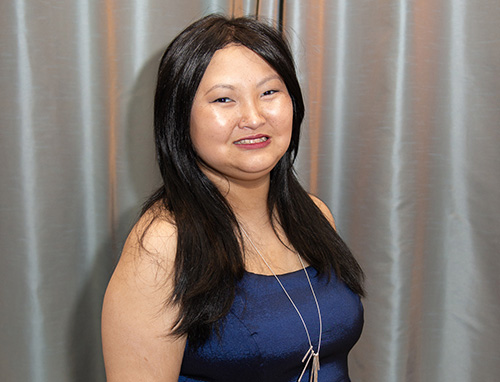 Hospice patient Eliza Mager, 22, of Westford, -- who was diagnosed with cancer as a teenager -- is described by her Care Dimensions social worker, Rebecca Lawrence, as “a really motivated girl...She always has something she wants to accomplish.” Now, it’s getting published her science fiction novel “The Returning,” which is part of an ongoing series she is writing (see excerpt below).
We talked with Eliza about the project.

Q: Were you always a big reader and/or writer as a kid ? What did you like to read? What do you like to read now?
Eliza: I wasn’t a huge reader; however, there was a series of books I fell in love with. It was about vampires. I knew I wanted to be a writer when I was eight when I thought about college and my future profession. (This was a time when I was a huge Potter Head) I thought of J.K. Rowling and how successful and how rich she must be! So, I started my first real book when I was 10. I don’t really read a ton these days.

Q: What was the spark for writing this book? Why did you want to do it?
Eliza: For “The Returning,” I was half asleep, half awake, and in my “dream” I had a scene where a girl and Orlando Bloom were running in the forest. I wanted to go with the scene in a book because it really hit me, and it was so intriguing I knew I needed to continue with it.

Q: What is the book about and where do the ideas come from?
Eliza: (The storyline) Having spent their first 15 years in an abusive home in Detroit, twins Jacob and Jenee discover that they were born in a different dimension. They reunite with their birth family, discovering their birthplace, Pontint. Jacob and Jennee learn there has been a prophecy since they were born, it is foretold that they will save Pontint from its corrupt leader. I’m inspired by dreams I have that seem to “pop” out and memorable things I see when I am out and about. And personal encounters.

Q: What is your writing process?
Eliza: My process is sort of random. It depends on how I feel at the moment and at that time. I have to eventually type all my writing on a computer because I believe that everything will be on the Internet, and also so I can get to my projects from anywhere that has Internet.

Q: What does writing mean to you personally?
Eliza: It’s a great way to express how someone feels.

Q: How has (Care Dimensions Social Worker) Rebecca aided in your writing and plans for the book?
Eliza: Rebecca helped in a great way. Her sister published a few books, so she knew how some of the process goes. She also read some of the book, and she gave me some reflection.

Q: Who is the target audience?
Eliza: Everyone. However, if I had to pick one group it would be young adults.

Q: Plans for publishing?
Eliza: Now, I am raising money to publish a book, and it’s working out well.
https://www.gofundme.com/help-eliza-fulfill-her-bucket-list

Q: What do you hope this book accomplishes for readers and for you?
Eliza: For readers, I hope they learn about love, family, and friendship. For
me, I hope to learn from critiques and any other comments that will help me
become a better writer.

Excerpt from "The Returning" by Eliza Mager

Jack Hokins was a little boy for a five-year-old, but Garret Willemstad was smaller – even though he was three years older. His parents know that Garret might get bullied for his size, so his parents encouraged the friendship between Garret and Jack. They even let Jack stay when Jack’s father Arthur needed him to. This time, Arthur and his wife Olivia were expecting twins, and Labor Day had finally come.

“Arthur,” the nurse said. Arthur lifted his head up from a puddle of drool. “You fainted.” The nurse reached his hand out to help Arthur up.

“Thanks,” Arthur pinched his bottom lip gently, wiping away the excess drool. Walking over to his wife he examined the baby, wrapped in a pink blanket and cuddled in her arms. He couldn’t remember the last time he’d seen someone with such tiny fingers and such pink cheeks. “Hey,” he leaned in and kissed Olivia on the head. “I’m sorry. Are you okay?”

“We’re fine, don’t worry, I was prepared for you to faint.”

“It’s more that I, let’s say, was ready for something to happen - not that I expected anything though,” Olivia expressed.

“Would you like to hold your son?” a nurse appeared with the second baby, Jacob, bundled in a blue fleece blanket. Turning to face him, Arthur opened his arms and gathered Jacob to him. Wondrously, he gazed into Jacob’s small chocolate eyes. Arthur extended his index finger and was almost shocked when Jacob grabbed on. Clutching hard, Jacob stared at Arthur.

Smiling and beaming at Jacob, he asked, “Which one came first?”

“Well, when was the last time anything normal happen to us?” Smiling at Olivia’s comment, Arthur swayed back and forth with his dozing son.

“Did they take the blood samples yet?” Arthur asked.

“Right before you up.” Olivia said with a smile

“Great!” After a slight hesitation, he smiled. "Let's get a picture."

Kissing Jacob on the head, Arthur passed Jacob to Olivia as she positioned herself correctly. Arthur pulled out his camera and took a picture.

“Sorry to bother you but you have visitors; they’re in the waiting room for you,” another nurse alerted.

“You should go,” Olivia instructed Arthur as he looked back at her. “Let Jack know that I love him, and that his brother and sister are great.”

“Are you sure?” Arthur asked. “Do you want me to send him in here?”

“Not quite yet,” Olivia insisted. Arthur took Jennee from Olivia, gave her a little hug and a quick kiss before he handed her to the nurse. Leaving his wife and new borns, Arthur walked to the waiting room.

Howard Willemstad was a tall man with a rectangle-like face and tall brown hair. His skin was rough and tan. Christine, on the other hand, was a short woman with a blond bob. The two opened their arms to welcome Arthur. From the back of the room, Jack and Garret started running towards their parents.

“It was- well, at least I was more ready this time than last time!” Arthur laughed.

“Oh no, Arthur! Did something happen to you - something like fainting?” Christine grinned.

Arthur laughed, “Yup.” He then spotted Garret and Jack.

“Hi, daddy!” Jack cheerfully shouted as he jumped into his father’s arms.

“Hey, buddy!” Arthur kissed him on the head. “Hey Garret, how are you?”

“Is it true that Jack’s sleeping over tonight?” Garret asked.

“Ha, I told you!” Garret announced, pointing to Jack.

“Why? I want to see my brother!” Jack whined, while he squirmed in his father’s arms until he slipped out and landed on his feet.

“Remember, you have a sister, too!”

“Oh! What are their names?” Garret curiously asked.

“Jennee and Jacob,” he answered.

“When can I see them, daddy? I want to see mommy.”

“Mommy, mommy! He’s giving balloons out! Can we have one?” Garret requested. Nodding her head, Christine followed the two boys.

“She's well, I mean she-” Arthur began but was interrupted by a sudden loud explosion from behind.

Instinctively, Arthur and Howard ducked out of the way, dodging the wall pieces shooting in their direction. Arthur spun around and glimpsed as smoke and debris filled the air. It took a few seconds for Arthur to realize the people who were running came from the direction of where the room his family in. Panicked was, Arthur raced through the grey smoke and rubble, desperately trying to make his way for the room.

“Arthur!” Howard hollered behind him.

“Check on the boys and Christine!” Arthur called back. “I’m going to find Olivia!” He continued to tackle the ruins and avoid the crowd running in the opposite direction. As he entered what was left of the room, Arthur looked around for a sign of his family. Before he could really scour the area, a high-pitched screech sounded from behind him, getting louder and louder until it became into an unbearably loud cacophonous sound. Slapping his hands over his ears, Arthur had only a split second to run for cover.