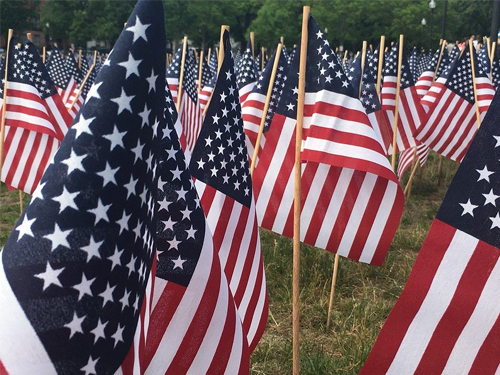 As a hospice nurse, I will always remember one special patient, Mr. F., a Navy veteran. He was diagnosed with end-stage pancreatic cancer and I was assigned to care for him during his last days. I was excited to care for one of my fellow veterans, as veterans want to “take care of their own.”

When I arrived at his house, I greeted him sitting in his special chair with his Navy hat on trying to force down an egg as not to disappoint his wife. We hit it off instantly talking about his special times in the Navy and how much he missed it. I found him to be a quiet, gentle man who had made peace with his upcoming death but found it difficult to let go because of his wife.

We met many more times to discuss a myriad of experiences we both had throughout our Navy time. Boy, did I enjoy those times and stories with him!

A few months later he became bedbound and unable to carry on a conversation. I arrived one evening at the request of his family, not knowing this would be my last time seeing him. At the end of our visit, Mr. F insisted on getting out of bed; he just wanted to stand up for a moment. No one could understand his insistence and persistence. He finally got his last wish -- his family lifted him to the bedside, and I stood in front of him to make sure he did not fall forward. Then his insistence became very clear to all of us. Mr. F. raised his hand ever so slowly to his Navy hat and saluted me. I saluted back with tears in my eyes.

Mr. F. died three hours later. I will never forget my shipmate. Every time I go through a gate on a base and receive a salute, I think of the most precious, honorable salute from Mr. F.

Learn about our Veterans Hospice Program

About the author
Mary Hutchinson, RN, is an evening/night hospice nurse for Care Dimensions. She served active duty in the U.S. Navy for 28 years, which included two tours in support of Operation Iraqi Freedom as a Navy nurse, plus other tours around the world.