Care Dimensions: What I Learned as My Wife’s Full-time Caregiver

What I Learned as My Wife’s Full-time Caregiver 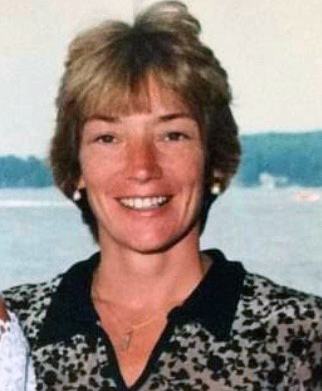 My wife Diana was the most giving person I’ve ever known. She loved everybody and constantly offered to help others. It’s something I loved about her when we were dating in high school and throughout our 35 years of marriage.

Whether working in the Special Education Department at Salem High School, volunteering to help developmentally disabled kids, or caring for her family, she gave all she could. But she also worried a lot and suffered from anxiety, which exacerbated her smoking habit.

Diana was diagnosed with chronic obstructive pulmonary disease (COPD) when she was 50. As the disease worsened, she had trouble breathing and heightened anxiety. At one point, her breathing got so bad that she had to be intubated in a local hospital emergency room. She didn’t want to live like that. The next time she needed care, we went to the MassGeneral/North Shore Center for Outpatient Care in Danvers, where they recommended Diana see a palliative care doctor. When she did, it was immediately clear to the doctor that she needed more than a consultative service, and he referred Diana to hospice with Care Dimensions in mid-April 2018.

I’m pretty good with first impressions, and I liked Diana’s hospice nurse Jessica right away. She was smart, friendly, and well informed. I felt like I could trust her with Diana’s care. Although Diana would become fatigued easily, she was able to attend our daughter Megan’s wedding that August, for which we were thankful. Just four days before that, I had been laid off. I decided that I would become my wife’s full-time caregiver, but I needed help. I’m so glad the Care Dimensions hospice team was there for us.

I had never been a caregiver and soon learned to take help when it’s offered. Nurse Jessica helped me manage Diana’s medications, which kept Diana calm so she could breathe and talk. I had six plastic bags tacked to a cork board. Each bag had a time of day written on it and contained the medicine that Diana needed to take at that time. It was a good system that worked for us. Jessica reviewed dosages with me and made sure refills went smoothly. Medications were delivered to our house, which was a godsend.

It can uproot everybody’s life when people start coming into your house, but we welcomed having Jessica and other members of the hospice care team visit. Even our dog, BB, happily greeted them every time they came to our door. It reminded me of when my childhood doctor, Dr. Brown, would make house calls. It was comforting knowing Diana or I would not be stressed out having to go to appointments. Appointments would come to us.

Diana enjoyed talking with Jessica who would check her vitals, listen to her concerns, and offer guidance. She got along great with all the staff, some of whom were close to her age. Diana’s eyes would light up every time she learned that Massage Therapist Nancy was coming. She always felt more relaxed after a massage. A music therapist provided additional comfort during a pre-COVID visit that happened downstairs where Diana’s parents were living. Diana’s dad also was receiving hospice from Care Dimensions then. (He later would die peacefully at the Kaplan Family Hospice House, about three months after Diana’s mother.)

We had a consistent and reliable connection with Jessica throughout Diana’s time on hospice, even when COVID-19 precautions forced us to move some in-person visits to video.

When introduced to hospice, you’re told that the team cares not just for the patient, but for the patient’s family as well. Having Jessica as Diana’s hospice nurse was like having another “me” who knew everything about what Diana needed. For example, about three weeks before Diana died, I told Jess the Valium was making Diana loopy. I asked if it was OK to cut the pill in half, and she said yes, which helped. We worked together, and it gave me more confidence.

A few days before Diana died, she was becoming very agitated. It was between scheduled appointments, so I called the Care Dimensions’ 24/7 Nursing Support Line to see what could be done. A nurse came and increased Diana’s medication, which helped calm her.

Sometimes, the stress of being a full-time caregiver without any income got to me and I needed to talk to someone about it. I’m grateful for Chaplain Donna who listened as a caring friend. I could say anything I wanted and she would give a gentle soothing reply. She helped me get my head back into the game, gave me peace of mind, and brought my stress level way down.

By early December 2020, Diana’s condition had deteriorated considerably. Care Dimensions assigned an aide, Amanda, to help me with Diana’s personal care five mornings a week. We became friends with Amanda and trusted her. In addition to giving me a little break, Amanda ensured that Diana was clean and comfortable. She deserved that dignity.

With Christmas approaching, I wanted to give Diana something special but not materialistic. I wanted to make her happy and for her to know that people care about her. I thought it would be nice if I could get a group to sing Christmas carols to her from outside her window. I posted a request on Facebook’s Community Help page and started getting responses almost immediately. My sister took over the project and arranged for a bagpiper to accompany the carolers. 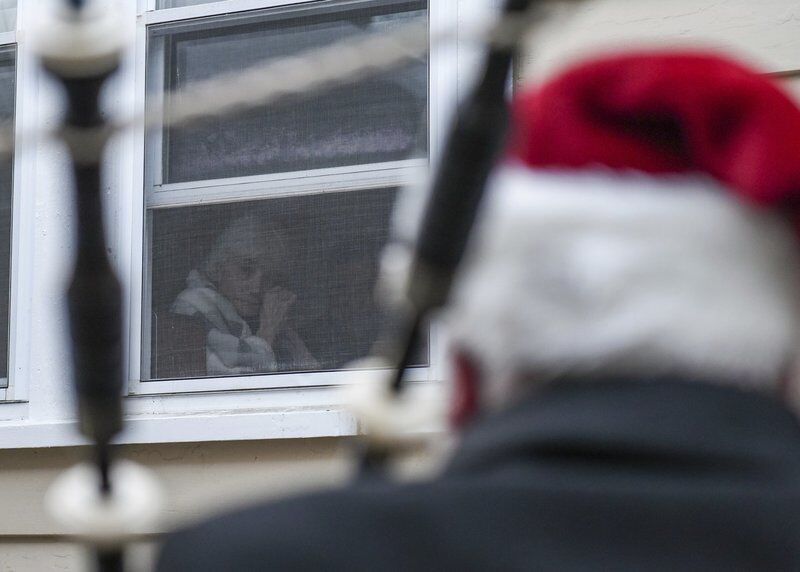 Diana Staples looks out her window as a bagpiper accompanies Christmas carolers who sang for her. (Photo courtesy of Jaime Campos/Salem News)

When the day arrived, we had the furniture rearranged so Diana could be wheeled to the window to watch and hear the dozen carolers and piper. Diana never liked being put in the spotlight, so I wasn’t sure what her reaction would be. She was overwhelmed and covered her face as she wept tears of joy and appreciation. I’m so glad she liked it, especially since it was a last memory together. She died at home – as she wanted – on the morning of New Year’s Eve with our daughter and me by her side.

Being Diana’s caregiver for nearly two-and-one-half years taught me that it’s OK to ask for help. I’m glad that the professionals from Care Dimensions were there to guide us through Diana’s journey. They also helped relieve the stress between Diana and me, so we both could enjoy each other’s company. Without the hospice care team, I would have had a lot more stress and Diana would have known that!

Diana was an angel without wings on Earth but when she could no longer help others, she was officially given her wings to look over everyone she loved and cared for. I know she’s watching over me as I start a new chapter – looking for a job, a place to live – and always keeping her in my heart.

For a hospice or palliative care evaluation, call Care Dimensions at 888-283-1722, or request services via our online form.

About the author
Geoff Staples resides in Salem, MA.